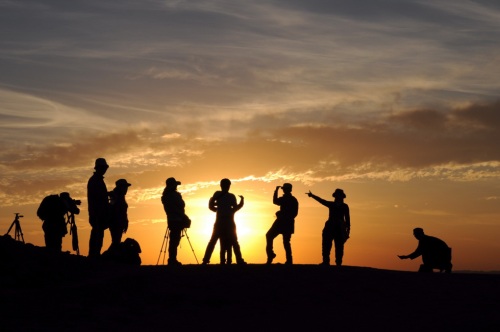 I call this one: ‘Men argue over who has the best camera whilst woman takes epic photo.’ And this one’s: ‘Men miss Bigfoot flying UFO…and…’

Harriet’s husband came home early, prompting a mad dash across the bedroom, into a walk-in-wardrobe. There, the adulterer discovered a similarly naked man cowering amidst fur coats and party frocks.

His first heightened thought: Is nothing sacred?

They listened as a (potentially) murderous and drunken Goliath showered his wife with clumsy kisses before collapsing into an uneasy stupor.

A sliver of light illuminated their escape route – a bathroom and a flat roof beyond.

Creeping and held breath led them to freedom. Under the moon’s gaze, one crammed into a little black dress; the other resplendent in a ball-gown, they exchanged unfathomable expressions before parting company, their adrenaline sufficiently expunged for the time being…

Twittering Tales: Are you trying to make us extinct? 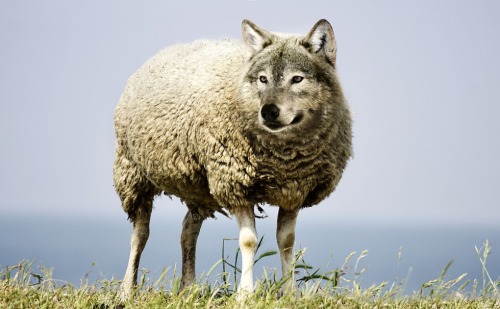 “I know we’re delicious, but if we SheepWolves keep eating ourselves we’ll go the way of the dodo, the teriyaki turtle and the chocolosolot”

It’s what he would’ve wanted… 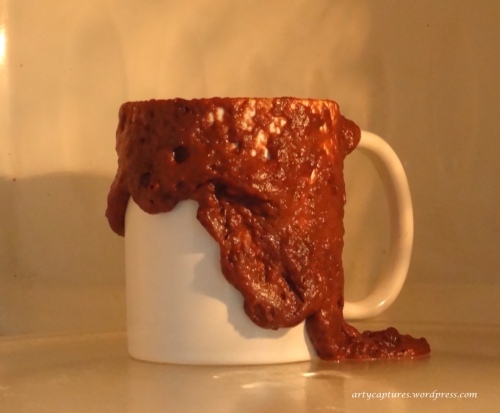 His wife (whom he hated) had promised to carry out his final wishes to the letter, but Geoffrey knew better than to trust a woman schooled in the subtle arts of emasculation. In secret he had a second will drawn up and passed to a trusted confidant.

As he laboured in the final stages of his illness he was warmed by constant rumination on how, in death,  he might best offend his god-awful family. Various conceits were considered: having his cadaver loaded onto a trebuchet and fired indiscriminately into the air, being liquidised and surreptitiously added to the reception punch (where he could quite literally become a pain in everyone’s arse), and orchestrating a remote controlled resurrection; his eyes flashing red.

What he settled upon was simpler and more grotesque.

Come the big day mock mourners were met with absence – no coffin, no flowers – Nothing save for a cream stove upon which sat a solitary oversized mug. As empty platitudes were flogged into apoplexy Geoffrey’s filleted remains responded by farting  and bubbling their way over the rim in a last glorious gasp of defiance… 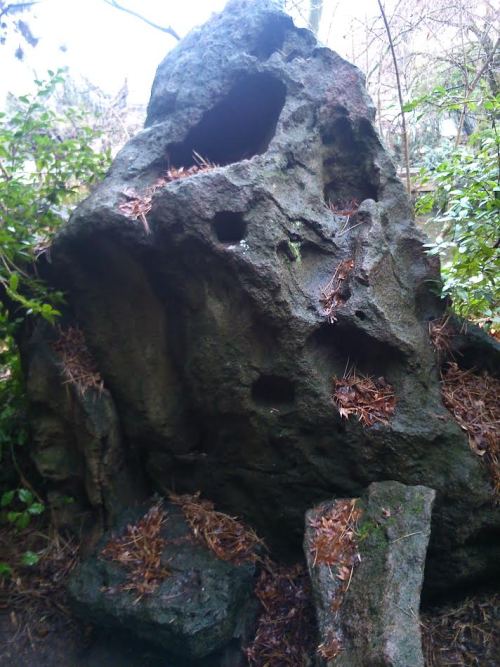 It wasn’t enough that, after decades of cruelties and recriminations, he’d finally triumphed over his bitter enemy. The fertilised fruits of loss and shame required that his hatred rage on into victory.

And so, in the winter years of his life, he conceived of an idea that would keep the fires burning beyond any mortal tenure – A whispered rumour in the ear of his one remaining heir…

“…Carve an effigy of my nemesis, brought low in chains, and have it placed in a deep recess. Have children run to it on a dare, striking it with harmless cane so that, slowly and imperceptibly, through loss of both form and name, it no longer resembles a man…” 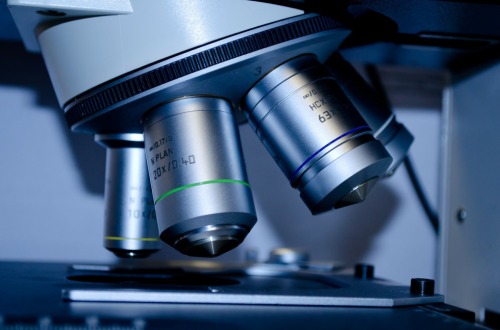 Initially, being accidentally shrunk down to the size of an amoeba sucked, until he discovered other scientists the size of atoms and took up residence as their god. 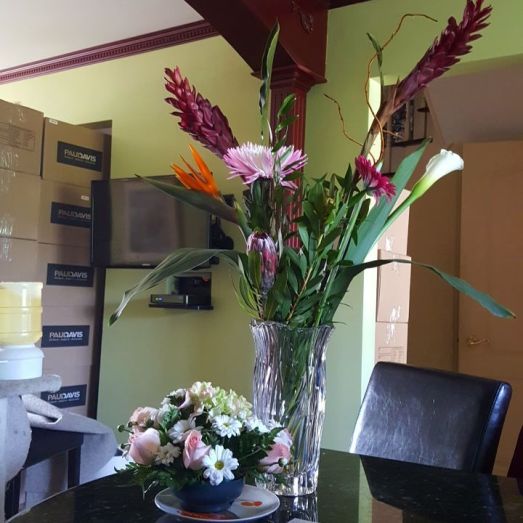 Every Wednesday, regular as clockwise, she received a bouquet – always from a different vendor, always paid for in cash. The accompanying notes were invariably clipped and enigmatic: ‘Soon,’ ‘Barely contained,’ and ‘Bursting with love.’

The radiant glow of a secret admirer quickly ascended through alarm and then angst as the messages morphed into possessive missives: ‘Claim you,’ ‘No one else but me,’ and ‘Destiny will not be denied.’

Nothing tied her to the shabby apartment. She made the decision to move out of harm’s way.

A few days later her possessions were stacked neatly in labelled boxes.

Next to the boxes – a bouquet and a note: ‘I took the liberty…’

With each stab of ink the message slowly revealed itself: I’ve only paid up to the words ‘I’ve poisoned you’. Wire £1m for the antidote…